“I wonder how to tell what kind of Freon my AC uses,” is a thought likely prompted by air conditioner issues, concerns about Freon’s impact on the environment, or sheer curiosity. In any event, the owner’s manual, equipment nameplates, and local professionals are three good sources of information.

Your best bet in determining your AC’s Freon type is the owner’s manual that came with your air conditioning system. Owner’s manuals can often be found online if you no longer have the originals. Another source of information is the equipment nameplates on the indoor or outdoor unit. The nameplate lists the model number, serial number, refrigerant type, and other specifications. Unfortunately, nameplates frequently fade and become illegible over time. Contact a local HVAC professional if the owner’s manual and nameplates yield no answers.Technicians can use temperature and pressure readings to determine the refrigerant’s type. 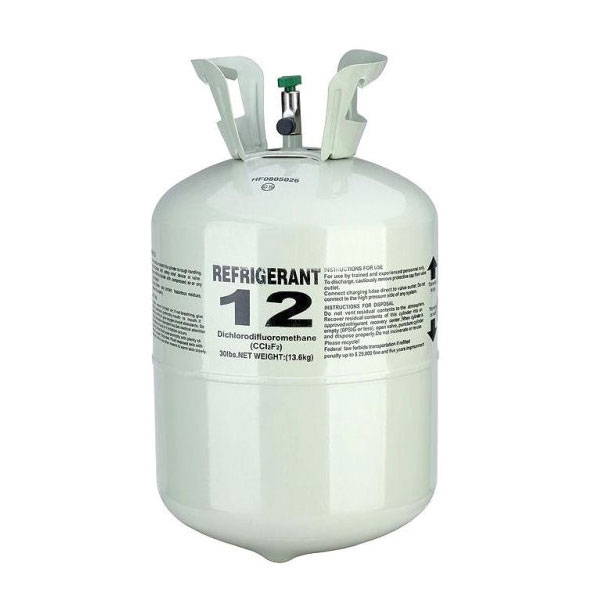 Chlorofluorocarbons (CFCs) such as R-12 were once a standard air conditioner refrigerant until it was discovered that CFCs contribute to greenhouse gasses and ozone depletion. Manufacturers quit using CFCs as refrigerants, and CFC production was phased out by 1995. 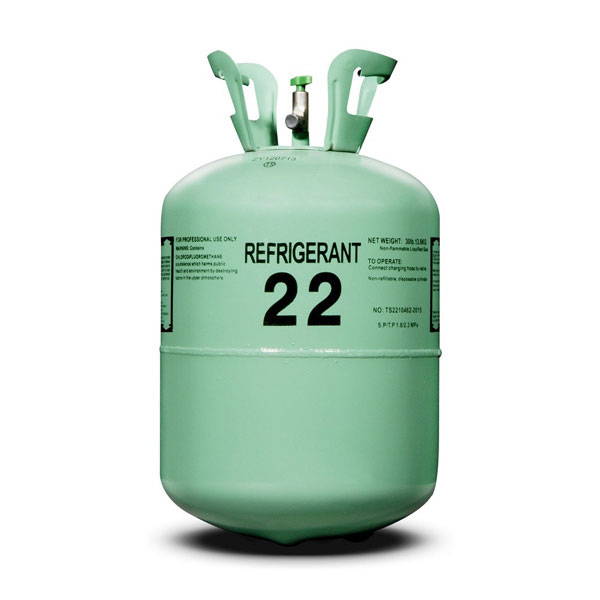 Freon is the brand name for the refrigerant R-22. R-22 is a hydrochlorofluorocarbon (HCFC). R-22 was standard in air conditioners between 1960 and 2005 until production was phased out and finally banned in 2010. 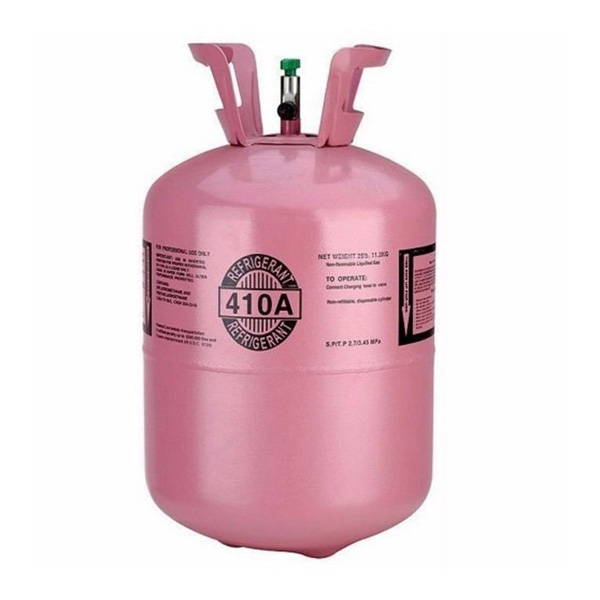 R-410A, also known as Puron, became the standard air conditioner refrigerant after the Freon phase-out began. Most air conditioners manufactured after 2005 use R-410A. R-410A is a hydrofluorocarbon (HFC). Unlike CFCs and HCFCs, it does not contain ozone-depleting chlorine. Another advantage is that R-410A allows higher air conditioner efficiency ratings, yielding better air quality and increased comfort.

The Clean Air Act of 1990 required the U.S. Environmental Protection Agency (EPA) to phase out ozone-depleting chemicals, including hydrochlorofluorocarbons (HCFCs) like R-22. An HCFC is a CFC with an additional hydrogen atom. Like CFCs, HCFCs contain chlorine.

In 2010, new air conditioning systems being manufactured were banned from using R-22. Per the EPA’s final phase-out plan, the production and importation allocations were as follows:

As of 2020, R-22 has been completely banned. The U.S. will no longer produce or import Freon. Older air conditioners can still be serviced with recycled or stockpiled R-22. 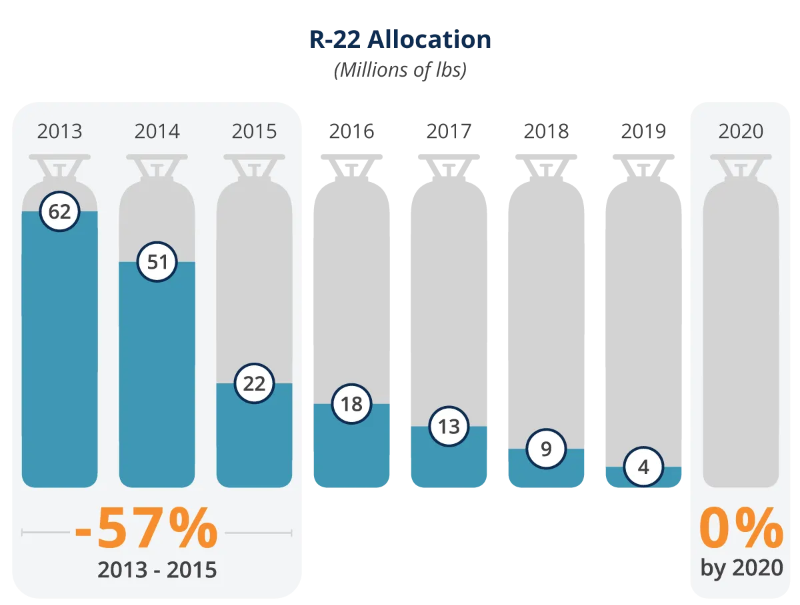 R-22 is still available, but the stocks are diminishing. Recycled, reclaimed, and recovered R-22 are the only available sources. As the R-22 supply decreases, the cost increases. Recharging your AC with R-22 can be as much as half the cost of a new high-efficiency air conditioning system.

There are many benefits to upgrading your air conditioning system. Besides using an environmentally-safe refrigerant, a high-efficiency air conditioner can lower your energy costs, provide better air quality and comfort, prolong the life of your compressor, and save you money when it’s serviced with refrigerant.

Can You Replace R22 Refrigerant with R410A?

R-410A cannot be used in an air conditioner designed for R-22. The two refrigerants have different chemical properties. R-410A performs at a higher pressure which R-22 systems cannot withstand. The air conditioner components would burst.

R-22 systems can be converted to use R-410A, but it is costly. The compressor, condenser, evaporator, and refrigerant lines would need to be replaced and the old components adequately disposed of. It’s wiser to buy a new air conditioning system that uses R-410A.

Knowing what kind of Freon your air conditioner uses is valuable knowledge, especially in the event of a Freon leak. Since the import and production of R-22 Freon have been banned, the cost of R-22 has sharply increased. R-410A is more affordable but cannot be used in R-22 systems unless they are retrofitted. In most cases, retrofitting an old system is not cost-effective.

Putting your money towards a new high-efficiency air conditioner is a great option. R-410A is cheaper and better for the environment. High-efficiency systems provide better cooling, use less energy, and can lower your energy costs. WRITTEN BY
Jessica McKendree
Jessica is a professional marketer and creative writer who has worked at The Furnace Outlet since 2022. With a B.A. and M.B.A. from Wright State University, she has a passion for all aspects of business, marketing, and writing a wide variety of content. In her spare time, she enjoys spending time with her husband and two young sons, traveling, and being a connoisseur of good food and drink.
Previous article How Long Do HVAC Systems Last? Next article What Is a SEER Rating?